Top 10 Cruiserweights of All Time

Who Are The Best Ten in History?

We have put this top 10 cruiserweights of all time list together and have taken dominance, pedigree, record, longevity, their peak years, who they faced and fight results as the factors to determine the outcome.

Fighters that were considered for the top 10 include Denis Lebedev, Mairis Briedis (there is time for him yet to crack the top ten list) and O’Neil Bell (many others as well).

This list is so hard to put together. In history, the fighters in 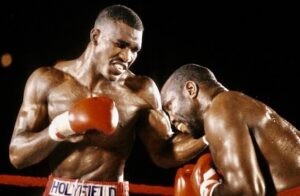 this division usually land up moving to heavyweight where the money is so trying to add longevity as one of the factors is hard. Some fighters have one meaningful bout at cruiserweight then move up to heavyweight, James Toney (vs Vassily Jirov) as an example or bypass the division completely, moving from light heavyweight straight to heavyweight (Michael Spinks and Michael Moorer as examples).

Placing Johnny Nelson in the top ten was a tough call with his early inconsistent record, especially the bore drawer against Carlos De Leon. From 1996 he got his career together and started to believe in himself. This was the general feeling as to the reason for his early erratic form as he always had the tools to perform at the highest level (ground into him by famed trainer Brendan Ingle at the Wincobank gym). He went undefeated from that point (one drawer) through to 2005 so have based his place on this stage of his career. He also fought a few heavyweights.

I have always wondered why Michael Spinks after jumping from light heavyweight to heavyweight, never bothered with the cruiserweight division? He went straight in against the long reigning title holder Larry Holmes (IBF heavyweight championship), defended it twice, then defeated Gerry Cooney, before being run over by Mike Tyson in 91 seconds.

After the Tyson loss, his first defeat (and there was no shame in losing to Tyson in 1988) why didn’t he move down to cruiserweight to finish off his career? Again, the money wasn’t there but if he captured cruiserweight glory (and I’m sure he could have) he would then of been a three weight world champion. Imagine a fight with him and Holyfield!

Holyfield would of been the favourite over Spinks I’m sure but Holyfield moved to heavyweight in 1988 in pursuit of Tyson. That would of been a perfect time for Spinks (after the Tyson loss) to move down to the cruiserweight division. His career was not full of tough wars (maybe the two Larry Holmes bouts at heavyweight took a toll on him) but retired relatively early at 32.

The top 10 cruiserweights of all time, to be continued…

Legal disclaimer: All views and comments from boxen247.com are impartial and are purely a personal viewpoint on the topic discussed. This website is not affiliated with any person, company or organisation in the UK or worldwide.