Top 10 Heavyweights of All Time

Who Are The Best Ten in History?

IT’S ALL ABOUT WEIGHT

The first list is the top 10 heavyweights of all time at their respective peak (peak years in brackets). It is also based on effectiveness as a fighter and who would beat who etc. Please note, various fighters like Jack Johnson, Jack Dempsey, Joe Louis & Rocky Marciano are not included. If they fought today they would fight in the cruiserweight division (or even light heavyweight) and would in most cases be a mismatch.

I have refused to be drawn into a sentimental way of evaluating the heavyweights. Technically, with few exceptions, boxing has progressed. With the heavyweights, they are bigger, heavier and they certainly hit harder. A lot of the older historical heavyweight champions were just cruiserweights and I am sorry for saying this, Rocky Marciano would not have fared well with a prime modern heavyweight. Like many things, it is just an opinion and very subjective. With that said, they deserve a place in the top 10 but for achievement as “heavyweight champion of the world”.

The following list is based on achievement(s) when known/called heavyweight champion (actual weight not considered).

When discussing the ‘top 10 heavyweights of all time’, there are so many points to consider. Our opinions will never be agreed on by all and I’m sure mine will not sit well with many, but at the same time, it will with some. Nobody is right and the sad thing is we will never know what the outcome would be of some dream fights from the past.

The biggest issue is weight. As noted prior, a number of the champions would not even be in today’s weight class (as of the time of writing, a new weight class between cruiserweight and heavyweight is being discussed by the governing bodies). 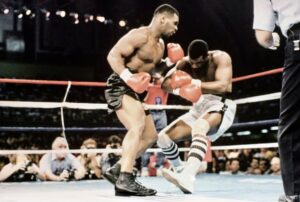 It’s all a long debated topic with so many varying factors. I’m sure I won’t be popular with some in stating that with the evolution of training methods and diet/nutrition, a modern fighter physically and technically has improved (not all, especially the out of shape ‘lazy fighters’ that emerged in the 1980’s onwards).

I will in time add points to the list and and expand on it much more. As I think about it more, the list will change for sure.

Muhammad Ali was arguably the more effective boxer in his first term as a professional boxer. This was prior to being banned from the sport for approx. 3.5 years (and having his title taken away from him) for refusing to be drafted into the army. But with this in mind, he was not the better or at least, better heavyweight at that point. Why?

Before the ban he was a better boxer, the time out could only have hindered him (skill wise) even if he went on to legendary achievements. He ‘thought’ more and was (arguably) the better fighter as opposed to boxer and his weight slowly increased. In the first term he weighed at the most 212.7 lbs, often fighting in the early 200’s and even lighter at times. This would not bode well with today’s top tier heavyweight behemoths as Evander Holyfield found out in his first fight with Riddick Bowe. The same can be said with Larry Holmes. I can’t see Ali nor Holmes winning against a big heavyweight like Lennox Lewis that moved well and punched as hard as he could….and especially against Mike Tyson at his peak (85-88). Look at the first Ali vs Frazier fight and imagine a 20 year old rampaging Tyson in there. I’m sorry, being sentimental does not come into my mind as I (try) to envisage who would overcome whom.

Lewis, when at his prime when he was heavier with his skills refined by Emanuel Steward and after the Oliver McCall defeat, was a force to be reckoned with. He had beaten every man that was put in front of him (his two defeats later avenged and in emphatic style). He is a perfect example of why a super heavyweight category should be added to the current weight divisions with failing modern heavyweight that have struggled at the top weight moving down to cruiserweight.

On to Mike Tyson at the number one spot. Some may ask why is Tyson rated over Evander Holyfield when Holyfield had twice beaten him? When they first were due to fight in 1990, based on Holyfield’s weight of 208 lbs against Buster Douglas (Douglas who beat an under trained and unmotivated Tyson), my opinion is that he would of struggled with Tyson IF Tyson was motivated. It’s all a ‘can of worms’ with this example as Douglas was very motivated for Tyson and his weight reflected this (230 lbs) as opposed to against Holyfield (246 lbs). Back to Holyfield, again, IF Tyson was motivated I don’t think Holyfield at 208 lbs would of physically been able to handle him. When they eventually fought in 1996, Tyson had declined that little bit more than Holyfield and Holyfield’s weight was 215 lbs that put him in good stead physically against a still rampaging but way past his best (compared to his peak of 85-88) Mike Tyson that was still good enough to beat many fighters around that time. There are so many in’s and out’s for this example.

Tyson Fury was included as based on his ability to switch game plan fight-to-fight, from one extreme to the other (boxer in Wilder I and puncher in Wilder II) combined with the ability to change mid fight, his size, speed and height for ANYONE in the top 10 he would be a handful for. Yes, when he was not so focused in the earlier day’s (continually changing trainers and at times lack of TRAINING shape) his potential was not on show. From struggling with Chisora in their first fight to easily handling him in their rematch and the victories, against Klitschko and the two (well, one was a drawer but should not have been) with Wilder has shown what he is capable of and already more than deserves his place in the top 10. Quick, speed, reflexes and the sheer size of him if focused has the ability to outpoint most.

Yes, I included Riddick Bowe. In his short prime he seemed to have it all. He soon ate his way out of being what should’ve been.

The top 10 heavyweights of all time, to be continued…

Legal disclaimer: All views and comments from boxen247.com are impartial and are purely a personal viewpoint on the topic discussed. This website is not affiliated with any person, company or organisation in the UK or worldwide.