Troy Williamson: Me vs. Ted Cheeseman Would be a War! 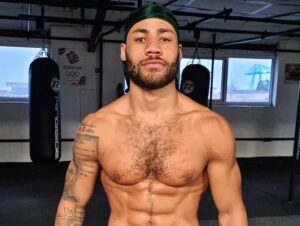 The Darlington boxer hopes a win against Smith can lead to a clash with Cheeseman, who recently became British champion with a victory in Gibraltar.

Williamson said: “Me and Cheeseman would be a war. We have got a similar sort of style. We can box and come forward. I think at some stage it would catch fire and be explosive.

“I’m not sure if he wants to stick around and move on. If he does, we will meet and if not I will still get my shot once I come through Kieran. If I get the opportunity this year I will become British champion. I don’t run my mouth because I deserve the opportunity.”

Before turning his attention to Cheeseman, Williamson knows he must first overcome Smith, and he is well aware of how tough a fight it will be.

Williamson added: “We are the two underestimated guys in the division and nobody wants to fight us so we’re putting it on the line fighting each other. One million per-cent this is the biggest fight for me so far as a professional.

“I’m not looking at my Tri-Nations win. It’s now smaller gloves, longer rounds and we’ve both matured as fighters. It’s still 1-0 though and that will be in the back of his head.

“I’m more explosive, I hit harder, I believe I am going to be fitter on the night. I will be mentally and physically ready just like I always am.

“As a professional I have boxed higher calibre boxers. In his last fight he boxed somebody who was unbeaten but it was a padded record and they didn’t turn up to win.

“What makes me different is that I am hungry to succeed. I am a  complete athlete. I live and breath boxing. It will show on April 30.

“Fans can expect a great fight. It will catch fire at some point and be explosive. I will win.”