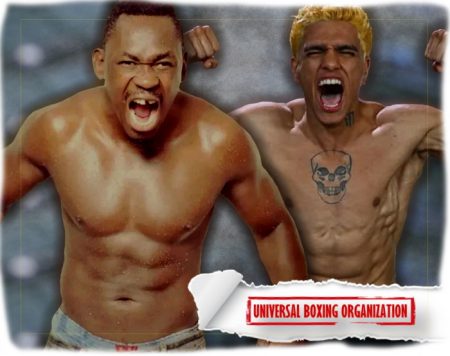 Universal Boxing Organization™ (UBO) All-Africa Super Middleweight Champion Twaha Kassim will defend his title against Egyptian champion Abdo “Monster” Khaled on September 24, but even more will be on the line in the intriguing ten-rounder.

The fight, staged at Nangwanda Sijaona Stadium in Mtwara, Tanzania, will also be for the vacant UBO Inter-Continental title, as it headlines a show promoted by Peak Time Media. Azam TV will broadcast live.

Nine years the younger man at twenty-one, Abdo Khaled (7-4-1, 6 KOs) entered the paid ranks as a teenager in 2019, and won the Egyptian Middleweight title the following year. This past May he added the Egyptian title at Super Middleweight to his resume.

In his most recent outing, Khaled lost in a bid for the WBC Middle East title, so he will be looking to rebound in a big way by upsetting the Tanzanian favourite in front of thousands of enthusiastic local fans.