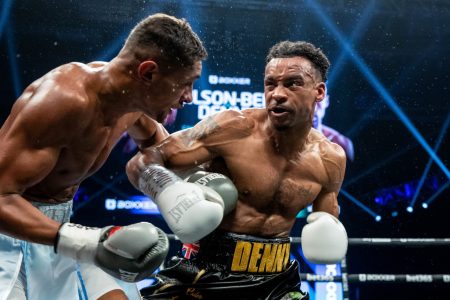 It was fourth time lucky for Rowley Regis boxer, Tyler Denny, on Saturday evening as he finally claimed the English middleweight title.

Having lost to Reece Cartwright and Linus Udofia, Denny thought he’d got his hands on the strap at the third attempt back in November but controversy reigned at the Coventry Skydome that night; the scene of Saturday’s rematch.

On that November evening the fight was stopped in the eighth round because of a cut to River Wilson-Bent, which was ruled to have been caused by a clash of heads, whilst replays showed it was caused by a punch. Denny was in full control at the time but the fight was scored a technical draw.

No such controversy was to rob Denny of his title this time around though as he faced Wilson-Bent in his hometown once more. The show was promoted by Boxxer and screened live on Sky Sports.

Denny backed Wilson-Bent onto the ropes time and time again as he negated his opponent’s taller frame and executed the game plan to perfection.

Wilson-Bent was finally deducted a point for persistent holding in the seventh before going on to have a late flurry but it was too little too late.

Terry O’Connor and Kevin Parker scored the fight of the year contender to Denny by 97-93 and 96-93 respectively whilst Steve Gray scored it 96-94 to Wilson-Bent.

“Respect to River, he is a lot tougher than I thought,” Denny said. “I was so confident I was going to get him out of there because I hurt him a lot in the first fight. The way he finished, hats off to him but this is my time now. time; I’ve done it the hard way. I want my break, I’m 31 next week and I’ve got four kids.” 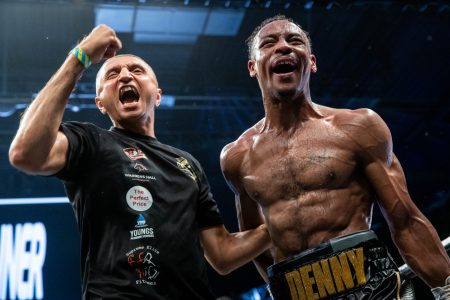 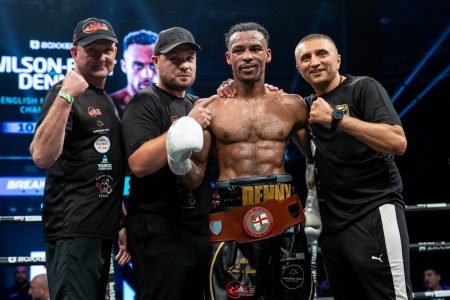 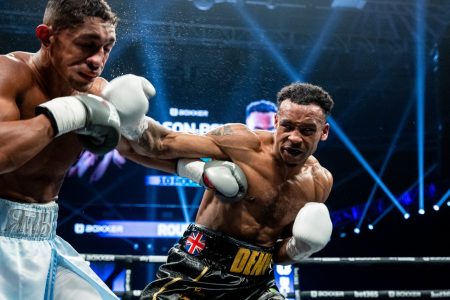