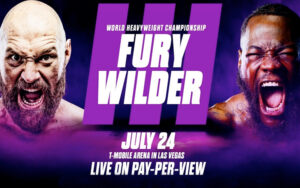 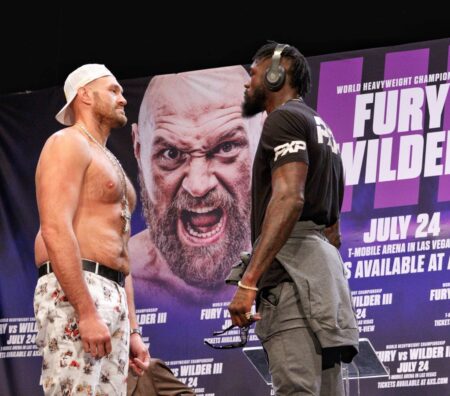 Tyson Fury has vowed to run over Deontay Wilder like an 18-wheeler when they meet in their WBC heavyweight title showdown next month.

The two men took place in a press conference on Tuesday, with Wilder refusing to answer any questions, before then taking part in a long stare down with Fury.

Fury and Wilder drew in their first match and in the rematch the Briton snatched the WBC Green and Gold Belt from him. This fight had a rematch clause that agreed to carry out the trilogy before the end of 2020, but due to the pandemic this was complicated. 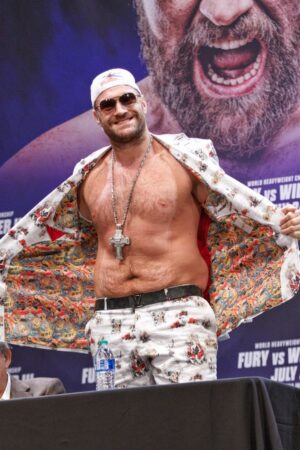 Tyson Fury had planned to face fellow champion Anthony Joshua, but Deontay Wilder made the rematch clause effective and will be his next opponent.

The Gypsy King feels that Wilder’s behaviour shows that he isn’t emotionally involved in the fight, and is promising to retain his world title in style.

Fury said: “It shows how weak of a mental person Wilder is and how much the beating has taken an effect on his life. I was worried about Deontay for a while after the defeat that I gave to him.

“He’s employed Malik Scott to help me, but Wilder is a stubborn person. He has got his own mentality and wants to do things his own way. Listening to other people isn’t what Deontay does. He will revert straight back to type.

“As soon as I hit him he’ll go back to type. I’ll state it here first. He’ll be the same old Deontay we’ve always seen. I can’t see him doing anything different. He’s not good enough to do anything about it. He’s a one-trick pony.

“I’m going to run him over as if I’m an 18-wheeler. This fight doesn’t go past where it went before. I’m building my weight up and trying to get up to 300lbs for this fight. 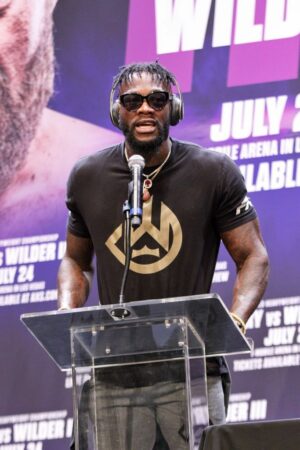 “He’s not mentally, physically or emotionally involved in this fight. He’s doing it for the wrong reasons, and we’ll see on fight night that I’m a man of my word.”

Right now Tyson is 100% focused on the trilogy against Wilder, but his goal is to establish himself this year as the undisputed champion and show that he is the best heavyweight today.