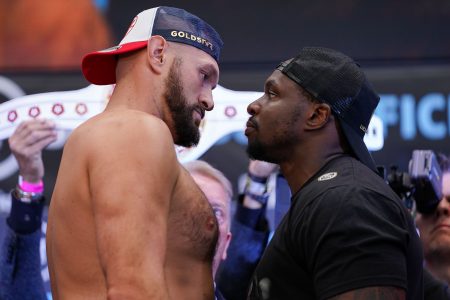 For this fight, the WBC created the “Union Belt”, a masterpiece, to celebrate and commemorate the United Kingdom through this great fight.

To huge acclaim, Fury stepped on the scales weighing 264lbs 13oz, 11lbs heavier than his domestic rival Whyte, who came in at 253lbs 4oz.

We now await a St George’s Day battle on the pitch at Wembley Stadium, live on BT Sport Box Office.

“I am so happy to be back here fighting in the UK at Wembley Stadium and you people made it happy,” Fury addressed the cheering crowd. “I just want to give a shoutout and respect to Dillian Whyte and his team, proper professional men and we are gonna give you a real fight.

“Don’t doubt us, we are gonna put on a show like no other before. It will be a war, don’t worry about that,” added the Gypsy King, before the Body Snatcher had his say.

“We are ready to do battle tomorrow, ready to dust up and have it,” agreed Whyte. “Me and Tyson are cool, we have always been cool, but I am ready for war. I am ready to go and it is going to be a good fight.

“Tune it tomorrow and find out.”

The other two championship fights on the card were weighed in and on point. The WBC Silver Featherweight title fight cracker between Isaac Lowe (125lbs 4oz) and Nick Ball (124lbs 8oz) has captured the imagination of boxing fans and is tipped as a likely fight of the night.

The British and Commonwealth welterweight titles, along with the IBF European, will be on the line when Ekow Essuman (146lbs 8oz) defends against Darren Tetley (146lbs) in what should be a barnstorming encounter. 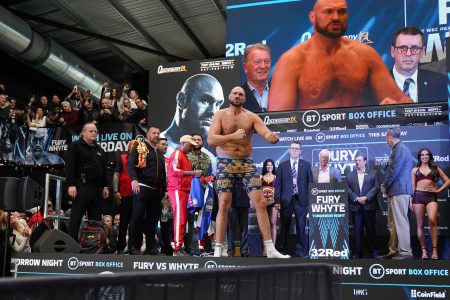 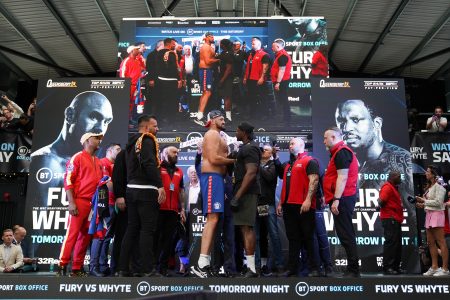 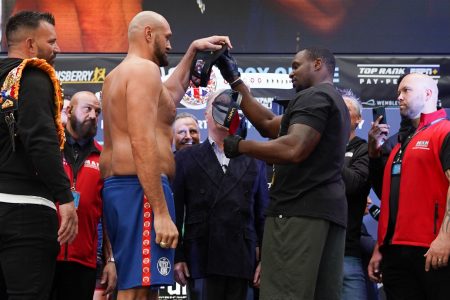 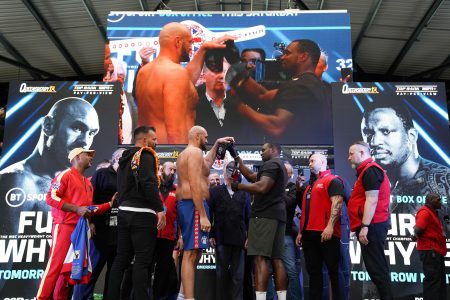 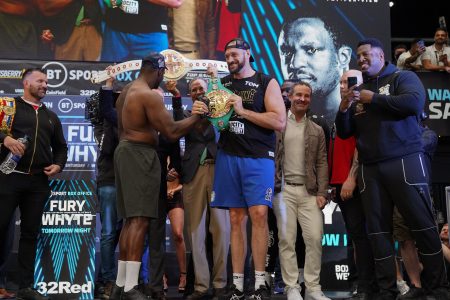 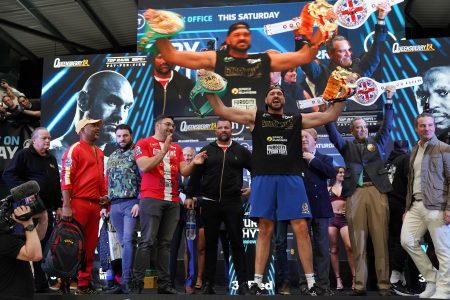 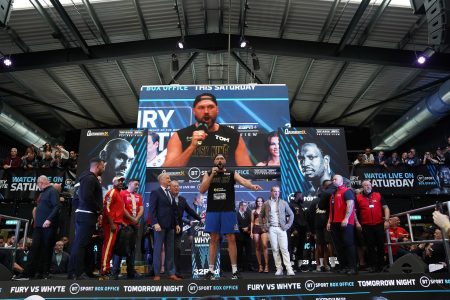 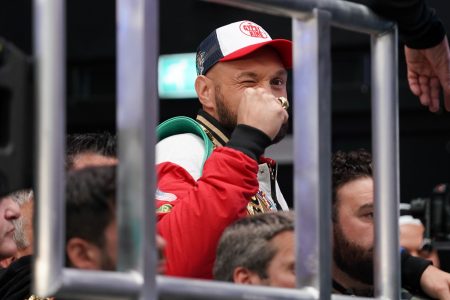 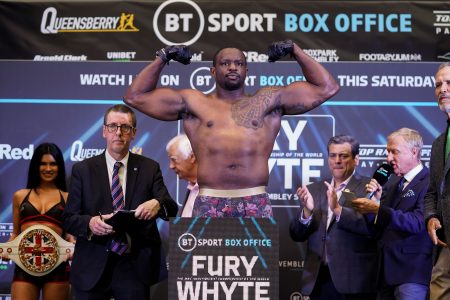 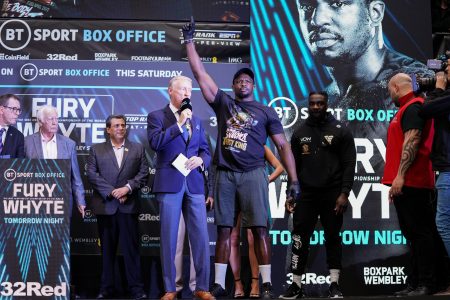 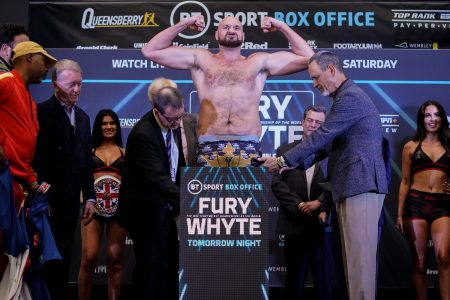 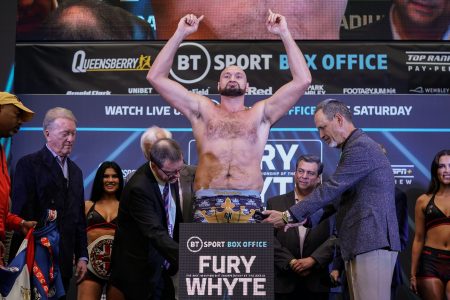 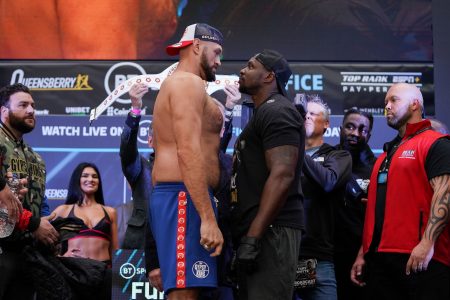 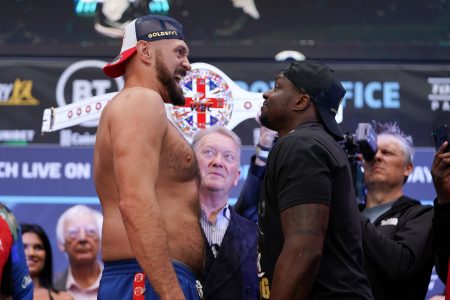 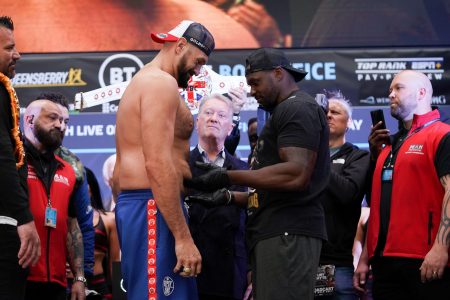 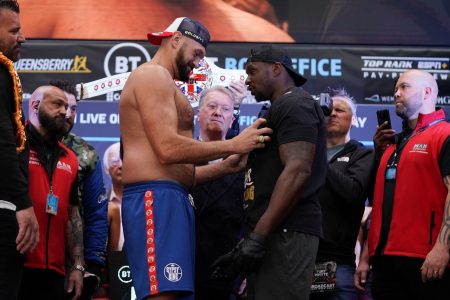 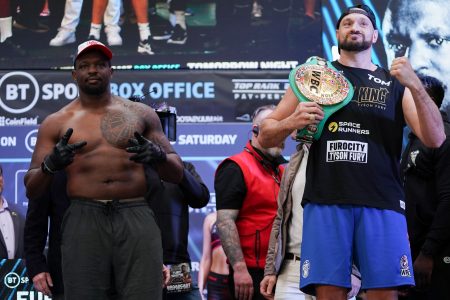