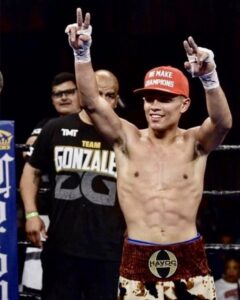 Just 22, Gonzalez was with two other teenagers that were taken to a nearby hospital and are being treated for non life threatening injuries. Riverside County Sheriff’s Dept. says deputies and paramedics were called to the scene where Gonzalez was pronounced dead.

As of yet, there is no motive or suspects with the shooting.

WBC president Mauricio Sulaiman “We are very sad to report the tragic death of boxer and top prospect, Danny González.

“We send our deepest condolences and prayers to the Gonzalez family at this hard time. May Danny rest in eternal peace.”

He had signed with Mayweather Promotions and had three professional fights before taking some time off but was to return shortly.