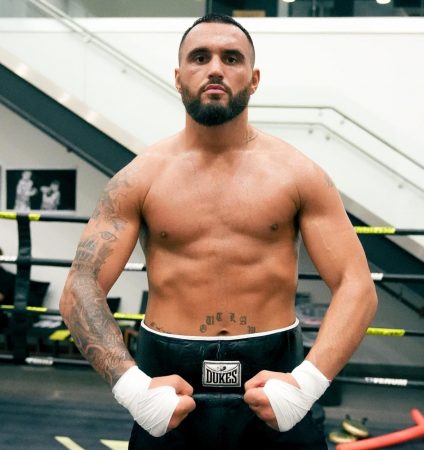 Undefeated cruiserweight, Rob Safar (14-0, 10 KOs), who’s managed by Oliver Cabrera, in association with FightStars, returns to the ring this Friday, August 19, 2022, at the Commerce Casino in Commerce, California. Safar will face his most dangerous opponent to date when he steps in the ring with Antonio Brown (8-1, 8 KOs), a power puncher from Phoenix, Arizona. Safar vs. Brown will be a 6-round bout.

Safar, who hails from Las Vegas by way of Sweden, has knocked out seven of his last eight opponents. Trained by Ibin Casson in Las Vegas, Safar feels he’s ready to step up in competition.

“When you train in Las Vegas, you are in the mecca of boxing, so you know the sparring out here is second to none,” Safar stated. “I’ve been in the ring with many world champions and top contenders, and I have confidence I can compete at a world class level.”

Antonio Brown’s wins have all come by way of knockout. Safar knows he’s in with a dangerous fighter and is not taking him lightly.

“Brown has heavy hands, and I’ll have to be aware of that,” Safar concluded. “but he hasn’t been in the ring with someone like me. I’m expecting an explosive fight and anyone watching will see fireworks on August 19th.”

“I believe Safar is on the path to being a world-class fighter,” said Mike Leanardi, CEO of FightStars. “Brown is a solid test but Safar is going to show everyone what all the talk is about.”