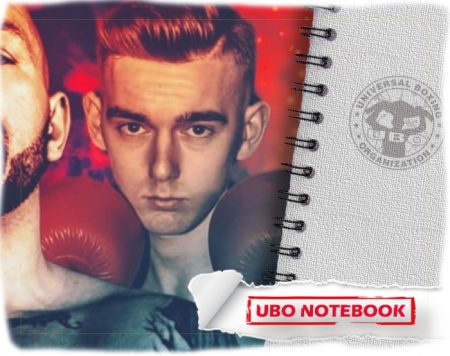 We are very proud of Noel, and the fact that he is wiling to remain on board. There is no doubt that he will continue to be a big asset to the UBO and our sport.

• The UBO Youth World Middleweight title fight between Germans Tom Rostel (Pictured) and Mirko Koenig, originally scheduled for May 14, was postponed due to injury.

A new date and venue is in the works, and will be announced in due cause.

Fighting on the Gervonta Davis vs. Rolando Romero undercard, Gonzalez improved his professional record to 10-0 (5).

• It looks like a tough assignment for UBO All-Africa Welterweight ruler Idd Pialari, as he is scheduled to face South African Thulani Mbenge on June 30 in Johannesburg.