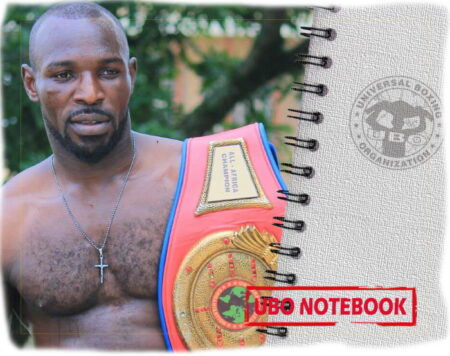 • On October 14 at the All Star Boxing Club in Kiev, Ukraine, UBO Female European Super Welterweight Champion Dilara Yucel improved her record to 9-0 (8), stopping late replacement Zeynep Demirtas in the first round of a six round non title-bout.

With none of her last six bouts going more than three rounds, the eighteen year old super-talent from Turkey is clearly ready to face tougher opposition.

• Since capturing the UBO Latino Super Flyweight title in August, Josue “Zurdo” Morales (18-12-4, 3 KOs) has recorded two more wins as he continues to build his record.

On September 10 in Colombia he decisioned Luiz De la Hoz over eight, and on October 15 he did the same to Francisco Bonilla in Houston, Texas.

Beating Bonilla was his seventh victory in seven fights this year.

Stockton, California´s Gonzalez, who won the UBO World title on July 2, also in Tijuana, improved his deceiving record to 12-6-1 (10). It cant be said too often, he is much better than the mediocre number suggests!