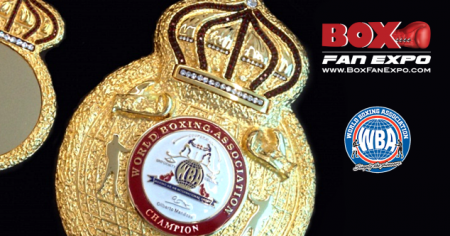 “WBA” World Boxing Association has confirmed that they will participate at the Sixth Annual Box Fan Expo on Saturday, September 17, 2022, at the Las Vegas Convention Center from 10 a.m. to 5 p.m. The Expo will also coincide with the mega trilogy fight between Canelo Alvarez vs Gennady Golovkin, that will take place later that evening at the T-Mobile Arena.

WBA will hold a Meet & Greet for the fans at their booth during the fan event held over the Mexican Independence Day weekend.

Tickets to the Box Fan Expo are available at Eventbrite –https://bit.ly/BOXFANEXPO22

WBA will have merchandise to sell and memorabilia to showcase for fans to enjoy. Boxing fans will also have a great opportunity to take pictures with fighters and boxing celebrities who will appear as guests at their booth. Fans will also be greeted with surprises by the WBA at this years’ Expo.

WBA is an international boxing organization that sanctions official matches and awards the WBA world championship title at the professional level. Founded in the United States in 1921 by thirteen state representatives as the National Boxing Association, in 1962, the organization changed their name in recognition of boxing’s growing popularity worldwide and began to gain other nations as members. Gilberto Mendoza from Venezuela was the President of the WBA since 1982 until his death in 2016, after which his son Gilberto Jesús Mendoza took over as president. For more info go to: http://wbaboxing.com/

Throughout the next several weeks leading up to the Event, there will be weekly updates on the many stars that will commit their appearance at the Boxing Expo