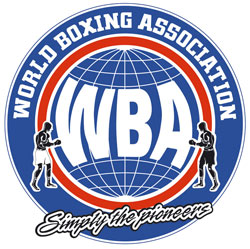 The World Boxing Association (WBA) through its Championships Committee, summoned the Purse Bid for the Super Featherweight Champion title fight between Roger Gutierrez, and the official challenger, Chris Colbert for next Monday, September 27th.

The bid will take place via zoom at 10:00 A.M. Panama time and will be conducted by Carlos Chavez, president of the Championships Committee.

The teams of Gutiérrez and Colbert were called to negotiate last August 16, so the deadline expired on September 15. The official communication has already been sent to the parties.

The minimum amount of the purse will be US $ 120,000.00 with a split of 55% for the champion Gutierrez and 45% for Colbert in his condition of challenger.

Gutierrez made his first defense against Rene Alvarado on August 14. The Venezuelan must face Colbert, who became mandatory challenger once his title became vacant due to the WBA world title reduction plan. The American defeated Tugstsogt Nyambayar in his most recent fight on July 3.