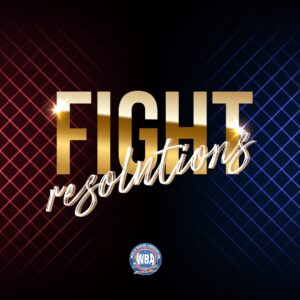 The mandatory fight is the first one to come out of the decision to vacate all the interim belts of the pioneer organization in favor of the championship reduction plan launched a few weeks ago.

Pursuant to WBA rule C.12, a champion who has just won a vacant title must defend his belt against the next leading available contender within 120 days after the date he became champion. Saludar won his belt on February 20th and his mandatory period expired on June 20th, so he must fight the former interim champion, and now official challenger, Erick Rosa.

On the other hand, WBA Rule C.13 – Bout Limitations, states that the champion cannot fight an opponent who is not the official challenger within 60 days after the expiration of his mandatory defense period.

Taking into account those points of the interim rules, the committee granted the parties a 30-day negotiation period starting on August 27th, 2021, and that period will close on September 26th at the end of the day.

Should the parties fail to reach an agreement or any of them show unwillingness to make the fight, the WBA may put the fight up for purse bids with a 55% split for Champion Saludar, and 45% for Rosa.