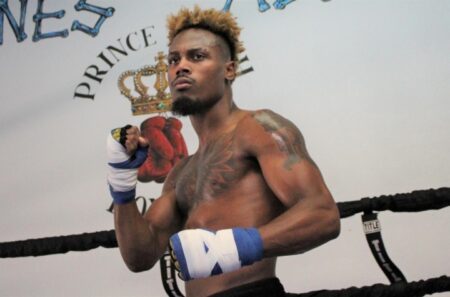 The World Boxing Association (WBA) Championships Committee gave a 15-day time limit from October 21, 2021 teams of Raeese Aleem and Azat Hovhannisyan to reach an agreement for their super bantamweight eliminator fight, which will decide the next mandatory challenger in the category.

The pioneer organization denied the request for a postponement of the negotiations until November 29 submitted by Aleem’s team on the grounds that there are no valid reasons to do so.

The fight between Aleem and Hovhannisyan was ordered last August 27. At that time, Marshall Kauffman, who represents Aleem, requested a postponement so that the fighter could participate, in a bout scheduled without the knowledge of the body, which was to take place last September 18.

Aleem had scheduled a fight with Eduardo Baez without the knowledge of the WBA, because the date of that fight was close to the date on which the obligation to negotiate was sent, the WBA considered letting him fight and if Aleem won to continue negotiations, but when that fight was canceled because Brandon Figueroa, who was the featured fighter of that event, tested positive for Covid 19 on September 7, there was no need to send a formal communication to allow him to fight Baez and the negotiations for the mandatory fight request should continue.

On October 4, the WBA sent a communication to the Aleem and Hovhannisyan teams giving them 10 days to negotiate the eliminator fight. The next day, Kauffman requested a postponement until November 29.

For his part, Kauffman, representing Aleem, responded on October 6 to that objection and stated that the September 18 event had been rescheduled for November 27 for the previously signed bout against Baez.

WBA rules state that the Championship Committee may select a mandatory contender for each weight division or through an eliminator bout. The selection may be subject to conditions. Generally, the highest rated boxer in the division, or the regional champion ranked in the top 5, will qualify to be named an official contender, unless he is not, or is not likely to be available to fight for the title within the required period.

On the other hand, the Chairman of the Championships Committee may grant a 30-day negotiation period to boxers selected to participate in a eliminator or a Box Off. If an agreement is not reached within this time, the Chairman shall open the fight to purse bid as provided in WBA Rule C.32.

If a boxer refuses to participate in a mandatory defense, Elimination or Box Off bout, his title may become vacant, or he may be demoted or removed from the rankings.

In this case, the decision for not granting the postponement request to Aleem’s team was because they failed to demonstrate the reason why the fighter is contractually obligated to face Baez. The reason for the postponement was not due to medical disability of the fighters. On the other hand, the Aleem-Baez bout is not for a championship or unification, so it is not significant enough to grant the postponement.

The deadline set, November 5, is the final date and if they do not reach an agreement, the bout will be opened for bidding. In the event Aleem participates in a bout other than the eliminator against Hovhannisyan, his recognition will be revoked and Hovhannisyan will be certified as the mandatory challenger for the division.