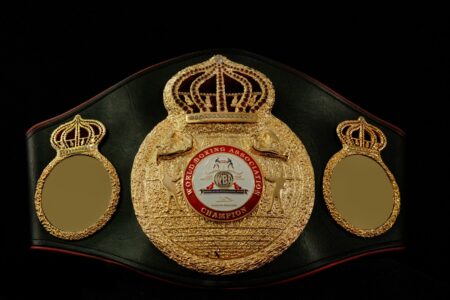 Since the World Boxing Association’s (WBA) title reduction plan began, an expedited effort has been made in all divisions to make consistent decisions that are aligned with the goal.

The first important step was the elimination of the interim titles, which led to a reduction of a large number of championships and gave these fighters the opportunity to become mandatory challengers to several of the champions.

Additionally the WBA has issued resolutions in several division, after an exhaustive review that intends to be as fair as possible while cleaning up each of the weights.

The Gold champions have also had changes and now their name appears in the ranking and not above as it was done in the past.

It is worth mentioning that different bouts have been ordered to advance to a single champion and also fighters who have belts in several weight classes have been asked to choose the one they want to keep and defend.

The committee have also ordered a “Box-off” tournament between several welterweight rated boxers in order to determine the champion. This movements also guarantees spectacle to the fans.

Five categories with only one champion.

After implementing the title reduction measure, the WBA has five single champions. Artem Dalakian in the flyweight division, Naoya Inoue in the bantamweight, Roger Gutiérrez in the super featherweight, Jermell Charlo in the super welterweight and Dmitry Bivol in the light heavyweight.

The committee continues working hard and issuing resolutions, ordering fights and making decisions to contribute to the demands of the fans and the press. In the beginning it has been a great advance and the goal is to continue on this path.