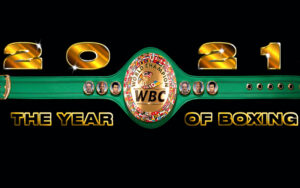 2020 was a uniquely difficult year in many ways and boxing was no exception, but based on hard work, initiative and effort, the boxing industry managed to adapt to the new protection and health regulations and protocols and great activity took place all around the world.

2021 is recognized as “The Year of Boxing” by the WBC, because in addition to special anniversaries, we want to highlight the glory and multi achievements of our sport, we celebrate life through boxing.

In the “Year of Boxing” we will commemorate the following important dates which will be continuously celebrated worldwide: