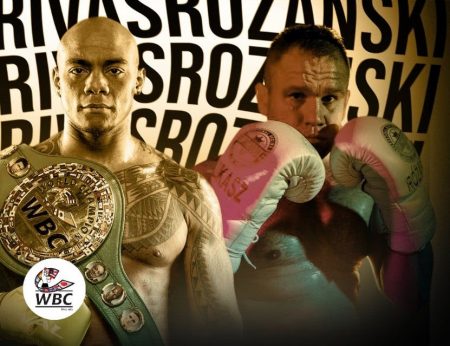 “Battle in Cali” will be distributed worldwide (details coming). There will be five to seven bouts, including one or possibly two other world title fights, which are expected to be announced within the week.

A native of Colombia and a 2008 Colombian Olympian, Rivas will be fighting at home for the first time as a professional boxer having settled in his adopted home of Montreal 13 years ago when he signed his initial promotional contract with GYM.

“I have three dreams I want to realize before the end of my boxing career,” Rivas said. “I want to establish myself as the absolute best bridgerweight fighter, defend my title in Colombia, and become World Heavyweight Champion.”

Rozanski is the WBC International Bridgerweight champion, in addition to being a former Polish National Heavyweight Champion, who is the WBC No. 2 rated bridgerweight contender. In his most recent action (May 30, 2021), Rozanski registered his statement victory to date, upsetting fellow Pole Artur Szpilka (24-4), a former world heavyweight title challenger, by way of an explosive first-round knockout to capture the WBC Bridgerweight International crown.

“I’m highly motivated and in the best shape of my life,” Rozanski commented. “I have what it takes to win this fight.”

The fighters also announced where their training camps will be held: Rivas in Bogata, Rozanski in Chicago. Ronzanski will work there with his fellow countryman, former World Light Heavyweight Champion Andrzej Fonfara, who moved from Poland to Chicago, which has nearly 2-million Poles living there.