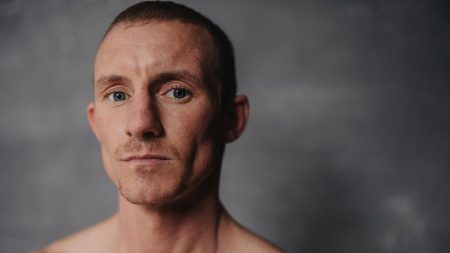 Paul Butler does not fear the power of boxing’s most fearsome puncher Naoya Inoue and has laughed off talk of him having a ‘death-wish’.

Inoue served up a brutal two round beatdown of Nonito Donaire in Tokyo on Tuesday (June 7), and immediately called for a fight with Butler to crown the undisputed bantamweight champion of the world.

Butler was made WBO title holder last month after winning the interim belt with a masterclass performance against Jonas Sultan at Probellum Liverpool and has already told Inoue’s representatives that he wants to fight their man.

Japanese hero Inoue holds the WBC, WBA, and IBF belts but before moving up to super bantamweight, he keen to fight Butler who holds the “missing piece of the jigsaw”.

“I’ve read all sorts of comments and predictions about the fight, already: ‘Butler has a death-wish’, ‘Inoue to win by murder’ and agreeing to the fight would be like ‘Signing someone’s death warrant’” Butler told Probellum.com

“He hits very hard but what’s the worst that can happen?  He knocks me out. I’ve been stopped before and let me make it clear, I will be going into that fight believing I can win.  I will be walking to the ring believing, as I always do, that I can win the fight and become the undisputed bantamweight champion of the world.”

One of boxing’s leading pound-for-pound fighters, Inoue is a star attraction in Japan and Butler has no problem with facing ‘Monster’ in his backyard.

“I want the fight in Japan, I would be silly not to,” he said.

“If the fight could be made over here, fine, but if I get extra for fighting in Japan, then that’s what I’ll do.

“Hopefully contact can continue between both teams.  Before the Donaire fight, Inoue’s team had put the feelers out, asking if I would take the fight and, if so, where would I want it?  I’ve told them I want it and I want it in Japan.  Hopefully we can get this big fight.”

Butler has yet to return to the gym with coach Joe Gallagher but has started to ready his body for a return to a grueling training camp in order to prepare for Inoue.

“I’ve not been back in the gym since the Sultan fight, but I could be ready by the start of October.

“I was nervous going into the Inoue vs Donaire fight because I was hoping Inoue would win as I know how big a fight with him would be.

“I was starting to get itchy knuckles throughout the build-up and did my first punching session, since winning the world title, on Monday night.  I’ll continue to put in one or two sessions a day now until we get the green light and it’s all systems go.”