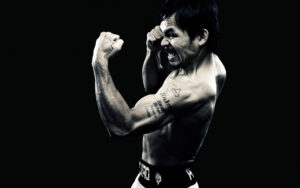 WBC President Mauricio Sulaiman stressed that it would be unfair to evaluate the career of Manny Pacquiao, one of the greatest boxers in history, an idol, such as Manny Pacquiao with just his recent fight.

For the WBC President, the Filipino has already written his name in the history of this sport as his feats have led him to the highest sporting glory, and he assured that the fight against the Cuban Yordenis Ugas is difficult to evaluate.

Without diminishing the great performance of Yordenis, the WBC President commented that any boxer suffers rustiness after two years of inactivity, as well as such a precipitous change of rival, which can hardly be studied in such a short time span.

In a personal opinion, Mr. Sulaiman expressed that he is convinced that this won’t be Manny´s last fight, and clarified that, even if it were, Pacquiao is and will always be the pride of the WBC and the world, because not only he has been extraordinary inside the ring but also he has been great on the benefit of his country, A man always ready to help others, empathetic and who – if he so decides – will seek the Presidency of the Philippines to help his people.

He regretted that the fight with WBC champion Errol Spence did not take place as it would have been a sensational closing of the cycle for Manny and for the WBC, with which he has been crowned in various categories,  starting with the fly division.