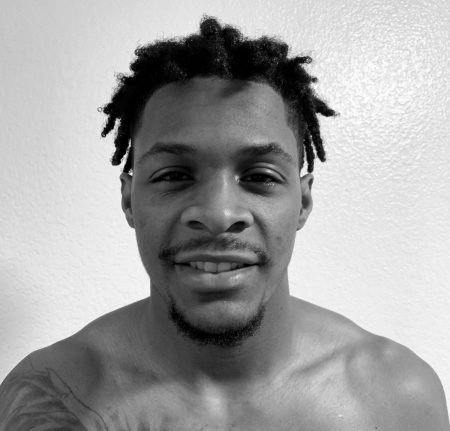 “I want to thank his manager, Freeway Ricky Ross for blessing this deal. This kid has something special beyond just natural ability.” explains Cameron Davies. “We noticed it immediately when he came into our gym. Heart, grit, determination – you can see it in how he carries himself…. He just wants the opportunity to prove himself and I’m gonna give it to him.”

A relative late-comer to the sport at 19, Ve’Shawn credits watching the Mayweather/McGregor matchup on YouTube as his inspiration to fight. At the time Champion worked 15-hour shifts in a freezer for I Supply after multiple school expulsions for being a hothead. He says that boxing has given him direction. Moving to Philadelphia, Ve’Shawn began training with Bozy Ennis, father and trainer of Jaron “Boots” Ennis (29-0, 27 KOs), which is how he connected with Freeway Rick. Now a resident of San Antonio, Champion is excited to join roster mates Floyd ‘Austin’ Schofield (10-0, 8 KOs) and Andrew Tabiti (19-1, 15 KOs) in the Davies Entertainment family.

“I’m delighted and thrilled to have Ve’Shawn join the Davies Entertainment family.” says manager, Freeway Ricky Ross. “As his advisor, I believe this is the move that will take his career to the next level. Together, I believe we will grow and become something special in the sport of boxing.”

Boasting an in-house, world-class boxing and training facility and 1,000 seat event space where one-of-a-kind sporting events like the infamous BRAWL Off Broadway and its offshoot BRAWL Underground are held, Davies Entertainment is the perfect incubator for an emerging World Champion. Like the rest of his businesses, Cameron Davies has provided a one-stop-shop for his athletic roster that includes on-site trainers and masseuses and even an injury recovery room.

“I’m excited about what the future holds now that I’m signed with Davies Entertainment.” Ve’Shawn tells us. “I’m grateful to Freeway Rick Ross for believing in me and bringing me to a top promotional company. The sky is the limit for me and I’m going to take full advantage of this great opportunity.”