“When It Comes Time To Fight, We’re Going To Fight” – Roy Jones Jr 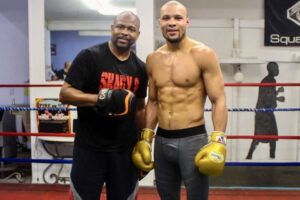 Mike Tyson vs Roy Jones Jr is still going ahead on November 28th (after the rescheduled date). The exhibition fight is over right rounds, will be with larger gloves, judges will be scoring and they will fight with no headgear.

Jones Jr (as has Tyson) has been training hard and is as such taking the fight seriously. It remains to be seen how hard they will go at each other and what the result will be.

In an interview with Sky Sports, Jones Jr had the following to say:

“Man, with training these guys like Chris Eubank, they inspire me to get my mind going.

“When they do it, they also awaken me. Things that I forgot, that I don’t do anymore. It turns me back into a better fighter, because it made me remember things that I did once upon a time.

“He’s still Mike Tyson, he’s still one of the strongest, most explosive people who ever touched a boxing ring. If anything, I made a mistake going in with him. He’s the bigger guy, he’s the explosive guy.