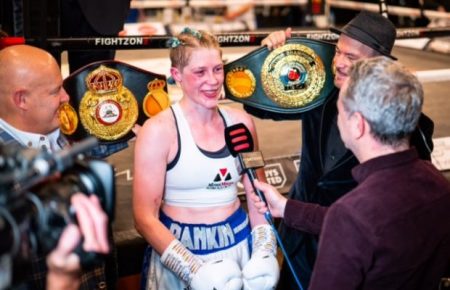 What a year!  The sporting landscape was hit hard by the pandemic, with many boxing promoters deciding to shut up shop, but that didn’t stop Dennis Hobson and Steve Crump’s Fight Academy being one of the busiest promotional outfits in the country.

Inevitably there were highs and lows, but we’ll remember 2021 as the year we signed up more fighters than ever to our stable, and produced numerous belt holders – including two world champions, a British champ, Commonwealth king, Area Title holders, and International titlists.

And, who can forget turning a disused car park at Sheffield Arena into a fabulous outdoor venue to host a series of summer shows that people will still be talking about for years to come.  2021 also saw the launch of exciting new boxing channel, Fightzone – with Fight Academy, alongside other promoters from around the UK, integral to its success.

With 2022 almost upon us, read below as Dennis takes a look back at an eventful last 12 months…

Who was your Fight Academy Fighter of the Year?

I have three for different reasons!  Tommy Frank because he got it wrong against the Mexican but bounced back and showed that you can still come again, win something meaningful and make history.  Jack Massey came with us after getting disillusioned with boxing but within two fights, and on a memorable night with a fantastic atmosphere, wins a world title. And Hannah Rankin, with her first fight with us becomes a double world champion.

Hannah’s story is phenomenal, she’s a credit to the sport, has a great team around her and if I had to pick just one, I’d just edge towards Hannah.  She’s got those two belts, and her story is incredible.  She was born on a farm and has gone on a totally different path, she’s a professional musician, has stuck at the boxing, is intelligent and a great ambassador for Fight Academy.

Fight Academy Prospect of the Year (under five fights)?

I think I’d have to say Tommy Hodgson.  He made the best debut I’ve seen, has great support and a great team around him.  He has a bit of everything and the pedigree to go all the way.  We’ve got plenty of young fighters at all weights though.  I also like the look of Nathan Mizon, and Harry Mullins is one for the future too.

Best fight of the year, involving a Fight Academy boxer?

I’d have to go for Matt Windle against Neil McCubbin.  Myron Mills versus Lucas Ballinghall was another very good fight but Matt against Neil was an absolute barnstormer, it had everyone up out of their seats and has got to be in the running for the 2021 Fight of the Year in the UK.

Because of the atmosphere and for what it meant on the night, I’d have to go for Jack Massey’s world title win in Bolton.  It had a big time boxing feel about it, there were over two and a half thousand in there, and the card had real quality on it.  We’ve put on some cracking shows and fights this year, and it all built up to that world title night in Bolton.

Fight Academy produced two world champions this year – which fighter do you think will make an impact on the international scene in 2022?

Nathaniel Collins and Mark Jeffers are two fighters who stand out for me.  We also have a heavyweight in Kash Ali who – in my eyes – is a player just waiting to happen.  We’ve taken our time with him to tweak a few things, and it’s going to be exciting times ahead.  He looks the part, is amicable but he’s got heavy hands when he puts his shots together and technically he’s very good.  Kash is going to trouble a lot of the top heavyweights.  We want to get him another title defence and then in with a name, so people can see what we’re talking about.

We also have Dave Allen and I still think there’s plenty left in him.  I care for him as a friend and if I thought anything he was doing was going to hamper his health then I’d have something to say.  He can still be a player in the heavyweight division and with him being a manager and trainer of other fighters, it’s keeping him focused on his career. He seems to be doing things the right way now and I’m pleased to be associated with him.

Looking back, give us your thoughts on 2021 as a whole?

It’s obviously been a tough year with the pandemic, but in seven months we’ve got two world title holders, a British champion, a Commonwealth champion, and Area and International titlists.  That just shows how good we are at getting fighters opportunities who have the talent but haven’t been manoeuvred right.

This is what we do, we take fighters with ability and manoeuvre their careers onto titles.  These are fighters who might have missed the boat in the past, or gone stale – we’ve got the knack of rejuvenating their careers and making things happen.  We have a lot of fighters gravitating to us because they’ve seen what we’re capable of with getting big opportunities.

When you look at what we’ve done this year from a standing start, it’s amazing.  We had all those shows at the Sheffield Arena car park, nights that people will remember for years to come.  Boxers weren’t getting work and we set all that up, did nine shows in eight weeks, and created that special venue from a mucky old car park!  We made a statement there, and Fightzone was also launched with those events.  It all looks good for the future, in terms of what we’re creating, and the model that we have.