Deontay Wilder on The New “Bridgerweight” Weight Class: “I Decline” 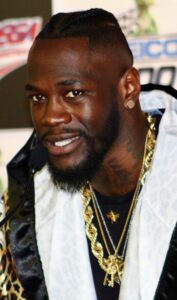 Deontay Wilder spoke about the new WBC weight class “Bridgerweight” which Wilder should fall into (unless he weighs the heavier weight he did in Wilder vs Fury 2). The new weight class is 200-224 lbs.

“I understand that people have have to make money and this is a way to create a way for people to make people with these belts but…as a fighter that’s in it I don’t understand all these different weight classes and stuff like that.

“If it’s specifically designed for me to be the face of it, you know, I decline.” 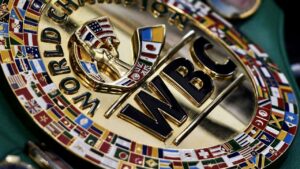 “My career is to be a heavyweight and that’s what I got in for and that’s what I’m going to end with. Guys always outweighed me. In my last fight I was 231, so far as putting on weight that’s not a difficult part for me.”

“As for as going down in weight my power makes up for all of that. If they really want me hurt someone and smash the head into an avocado then be my guest. I have too much power for a weight class that low. I’m already knocking guys out that weigh 50 pounds heavier than me, 30 pounds heavier than me, I don’t think it would be a good idea to go lower than what I am. I should be exempt for that. But that’s just my opinion.”