Wladimir Klitschko To Return To Boxing? 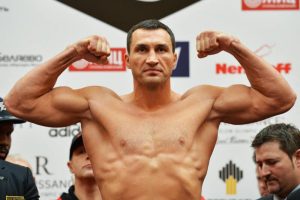 With what now is quickly becoming the latest boxing trend with short term and long term retired fighters, it appears that the latest name now to surface is Wladimir Klitschko To Return? His promoter wants him to:

“Wladimir stays in tremendous condition for not being an active professional athlete,” said Loeffler to RingTV. “He’s always training, he’s always working on his cardio, and his body shape almost looks identical to when he was defending his titles.”

“If there’s anyone who can do it and still compete at the world championship level, it would be Wladimir,” said Loeffler. “I would love to see him come back, but ultimately that’s a decision that he will have to make.”