“….You Do Feel Kind of Unstoppable” – Anthony Joshua (GQ Magazine) 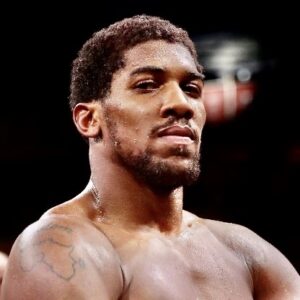 “Being world champion, with all those knockouts, you do feel kind of unstoppable. But realistically, in boxing terms, I’m way ahead of where I should be.

“I’m working at such a quick pace. I shouldn’t even be in a position where I’m mentioned in Tyson Fury’s era. He’s five or six years ahead of me in terms of turning professional. In fact, when he was turning pro, I was just putting on my gloves for the first time.

“I was just living life. Enjoying myself, having no real structure. I was going to college, but there was no real purpose,” said Joshua. “With boxing, it wasn’t even about becoming the world champion. It was about becoming a world champion of myself. I made the decision to focus on the sport. It was either sleep early, digest good food, listen to the right things, focus on my boxing education or just go to the gym to keep fit, have a bit of fun with it, sleep late, struggle the next day, probably miss training and eventually give up.

“It’s not about me elevating myself to have some sort of Hollywood status where I want to disconnect from the real world. No matter how far you go, I firmly believe that you’ll always come back to your roots. The biggest aspect is being able to take people with me, to have them see what’s on the other side, what’s achievable in life.”