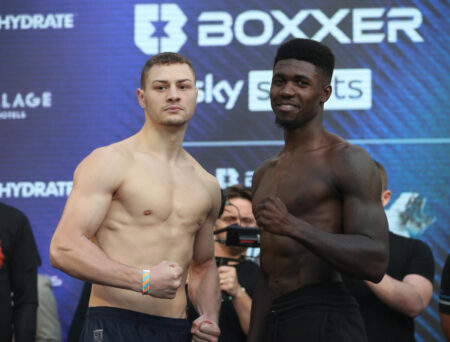 We regret to inform, at short notice, that today’s bout at BOXXER: Breakthrough ‘Super Sunday’ at Alexandra Palace between Zak Chelli and Lerrone Richards has been postponed with the latter deemed unwell to fight.

BOXXER CEO & Founder Ben Shalom said: “I am deeply disappointed for both fighters. But the welfare of fighter’s is paramount and unfortunately the contest has been postponed.”

A statement from SJam Boxing, who manage Lerrone Richards, added: “Unfortunately, Lerrone was taken unwell last night at the hotel where he temporarily passed out.

“Following medical checks and in line with protocols set by the British Boxing Board of Control, it has been decided that Lerrone is unable to compete today. It is hugely disappointing given the hard work he has put in throughout his training camp.

“He will undergo further checks and we hope to reschedule his contest with Zak Chelli at a more appropriate time.”